Panama’s economy is one of the most stable in America. The main economic activities are financial, tourism and logistics, which represent 75% of the GDP (Gross Domestic Product). From 2003 to 2009 the GDP doubled, propelled by high foreign and domestic investment, coupled with the tourism and logistics industries. According to the Bank, the IMF and the UN, the country has the highest per capita income in Central America, which is about $13,090; it is also the largest exporter and importer at the regional level, according to ECLAC.

The GDP has enjoyed a sustained growth for more than twenty years in a row (1989). The country is classified in the category of investment grade by these rcredit rating companies: Standard and Poor’s, Moody’s and Fitch Ratings.

According to Act 8 of March 15, 2010, which amended the Fiscal Code, the air, sea and land transportation companies, as well as passengers, shall pay ITBMS tax. In Panama, 7% of ITBMS is charged on public entertainment, events, seminars, conferences, lectures and artistic, professional and sport presentations in general that are not free and whose annual incomes are over $36,000.

The importation and sale of alcoholic beverages, as well as hotel or lodging services, jewelry and weapons will pay 10 percent of ITBMS. Tobacco derivatives (such as cigarettes, cigars, and snuff) will pay 15% of ITBMS. Cable TV, microwave, satellite and mobile phones will pay 5% of ITMBS. 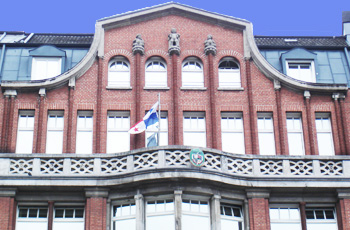